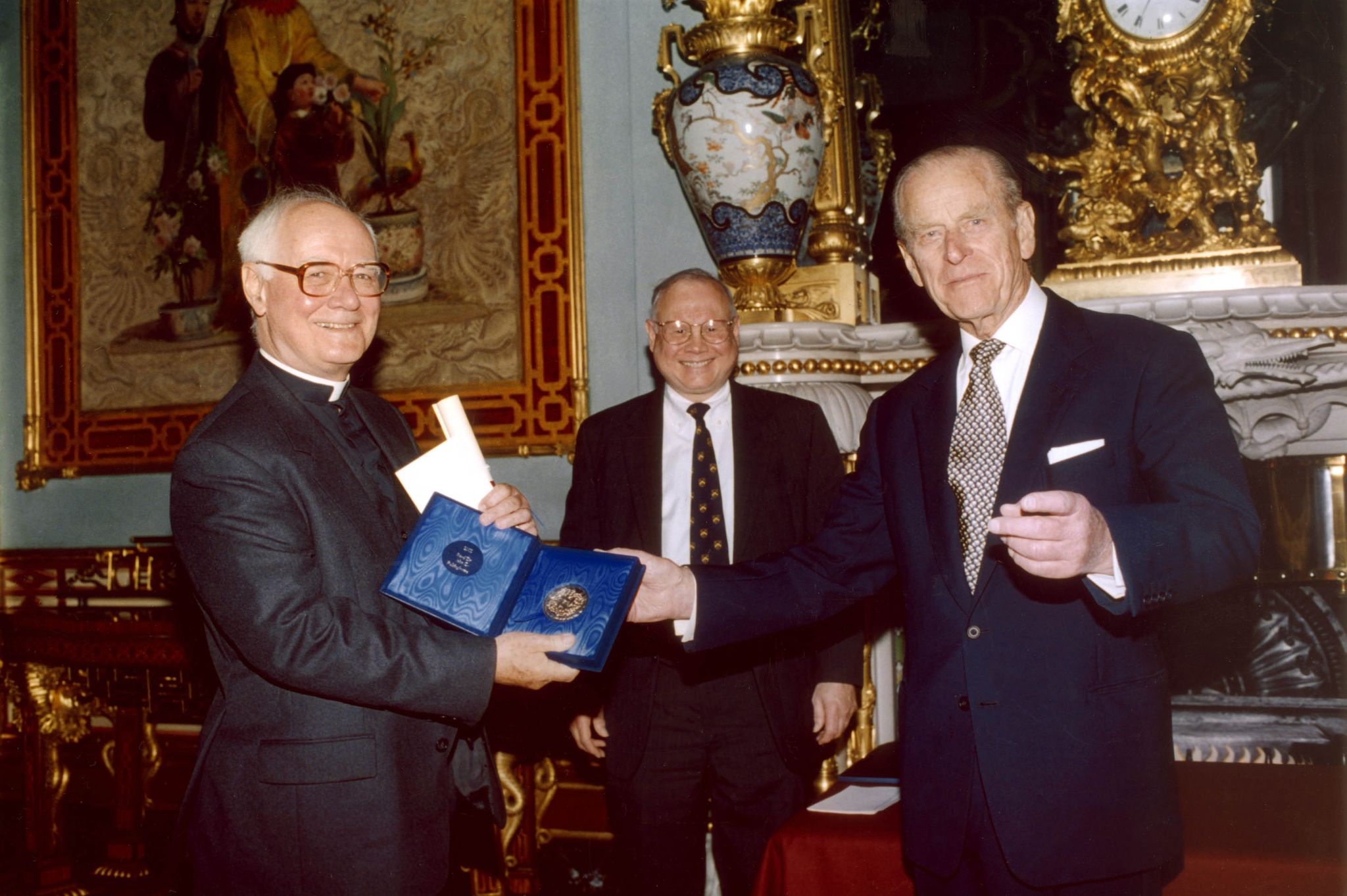 The Templeton Philanthropies mourn the passing of mathematical physicist and Anglican priest, the Reverend Canon Dr. John Charlton Polkinghorne, the 2002 Templeton Prize Laureate. He died on March 9, 2021 in Cambridge at the age of 90.

Polkinghorne was a Professor of Theoretical Physics at the University of Cambridge until 1979, when he resigned the prestigious position to pursue theological studies, entering the priesthood in 1982. An elegant and prolific writer, he authored over 30 books, exploring in rigorous depth the relationship between the discoveries of modern physics and the doctrines of his Christian faith.

He received the Templeton Prize in 2002 in recognition of his modern and compelling treatment of theology as a complement to natural science, which when viewed together offer what he called a “binocular” vision of the truth.

“The two forms of enquiry view reality from different perspectives,” said Polkinghorne in a statement shared at the March 14, 2002 news conference in New York where he was announced the Prize Laureate. “Science [studies] the processes of the world, while religion is concerned with the deeper issue of whether there is a divine meaning and purpose behind what is going on. I believe that I need the binocular approach of science and religion, if I am to do any sort of justice to the deep and rich reality of the world in which we live.” He received his award at a private ceremony hosted by Prince Philip at Buckingham Palace, London.

Polkinghorne had a long history with the John Templeton Foundation. He participated in numerous events organized by the Foundation, served on its board of advisors, and was a personal friend of its founder, investor and philanthropist Sir John Templeton.

“John Polkinghorne had a substantial influence on the development of our Foundation, and in his work as a physicist and later as a priest, he embodied the qualities of curiosity and humility that enable significant discoveries,” said Heather Templeton Dill, president of the John Templeton Foundation. “He will be missed.”

Polkinghorne took up his vocation as a priest in the middle of his life after playing a role in the discovery of the quark, the smallest elementary particle of matter. After resigning his professorship at the age of 48, he enrolled in seminary and went on to serve as a curate in a working-class parish. In 1986, he returned to Cambridge as Dean of Trinity Hall, and in 1989, he was named president of Queens’ College, retiring in 1996. A Fellow of the Royal Society, he was knighted by Queen Elizabeth II in 1997.

In The Faith of a Physicist (1994), which Polkinghorne once described as his “most substantial” and important book, he took the phrases of the Christian Nicene creed and developed a defense for the rationality of believing them to be true. His other well-known books include The Way the World Is (1983), a short, but detailed explanation of how a thinking person can be a Christian; and Belief in God in an Age of Science (1998), which defends critical realism as the proper philosophical attitude in both science and theology.

The Templeton Philanthropies extend their condolences to Rev. Dr. Polkinghorne’s family and mourn the loss of one of the world’s great theological minds.