About the
Templeton Prize

THE TEMPLETON PRIZE honors individuals whose exemplary achievements advance Sir John Templeton’s philanthropic vision: harnessing the power of the sciences to explore the deepest questions of the universe and humankind’s place and purpose within it.

He created the Templeton Prize because he wanted to recognize discoveries that yielded new insights about religion and he set the award amount above that of the Nobel Prizes in order to recognize the importance of what he called “progress in religion.” His understanding of progress in religion evolved during his lifetime and is shown in the variety among the 51 Laureates who have received the Prize. Winners have come from all major faiths and dozens of countries and have included Nobel Prize winners, philosophers, theoretical physicists, and one canonized saint.

In 2020, the Templeton philanthropies updated the description of the Templeton Prize, focusing it on research, discovery, public engagement, and religious leadership that advance our understanding of, and appreciation for, the insights that science brings to the deepest questions of the universe and humankind’s purpose and place within it.

Read on to explore the history of the Templeton Prize. 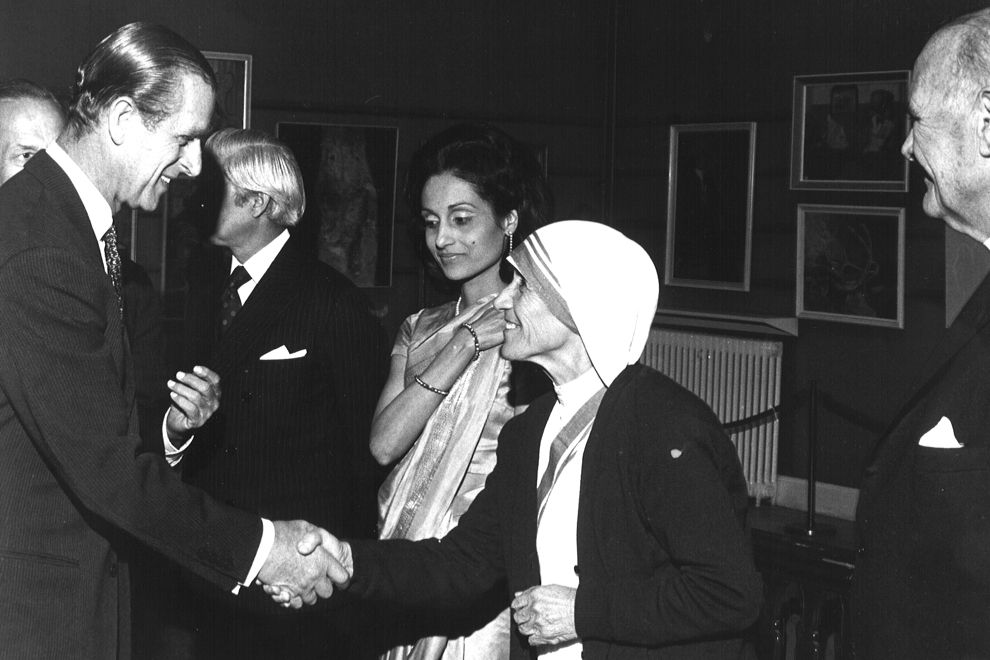 He makes the monetary value of the Prize more than the amount of the Nobel Prize to reflect his belief that progress in religion is no less important than progress in any other area. 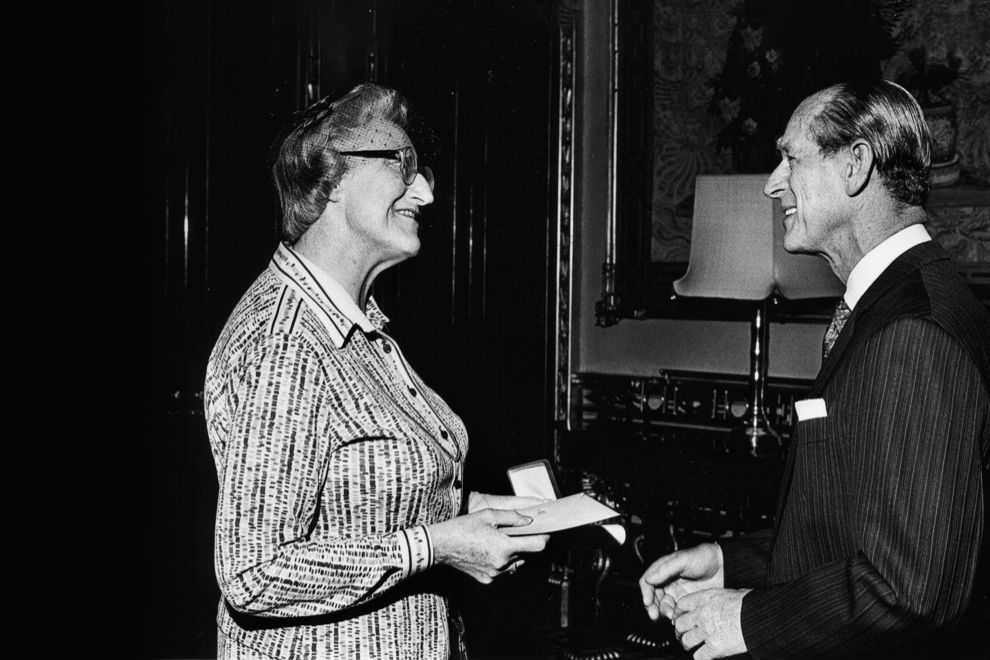 During its first decade, Templeton Prize Laureates include religious leaders such as Chiara Lubich, founder of the grassroots religious movement known as Focolare that is committed to social justice, peace, and ecumenism; Dame Cicely Saunders, originator of the modern hospice movement; the philosopher and Indian statesman Sir Sarvepalli Radhakrishnan, who contributed to the cross-fertilization of eastern and western thought; and Rev. Nikkyo Niwano, founder of Rissho Kosei-kai and the World Conference on Religion and Peace. 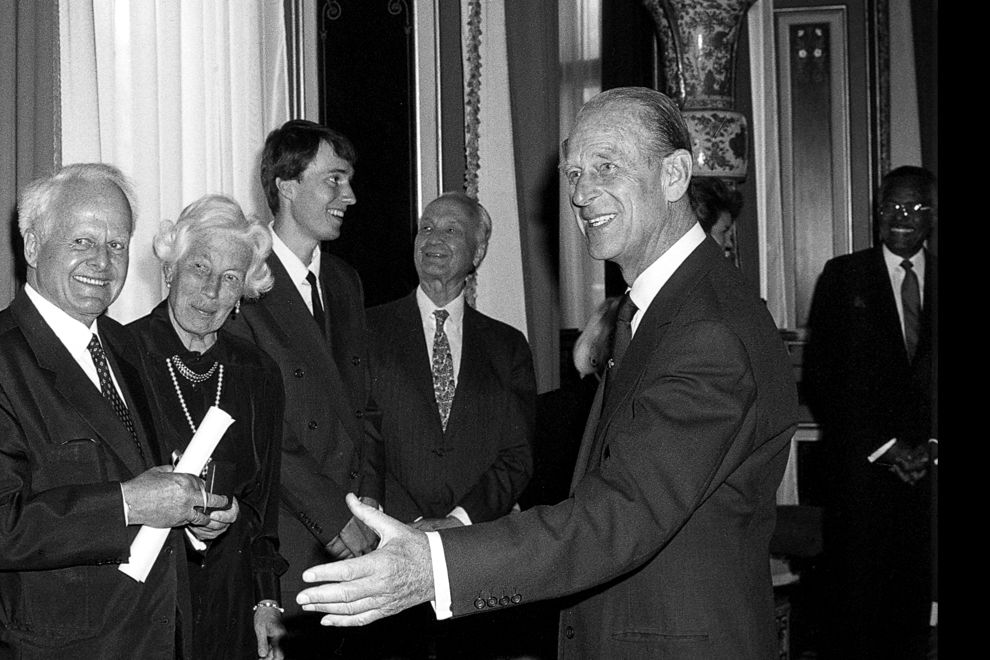 In 1989, the public ceremony moves from London to Tokyo, beginning a period in which it takes place in cities around the world, including Moscow, Rome, Toronto, Berlin, Vancouver, Washington DC, and the United Nations in New York. 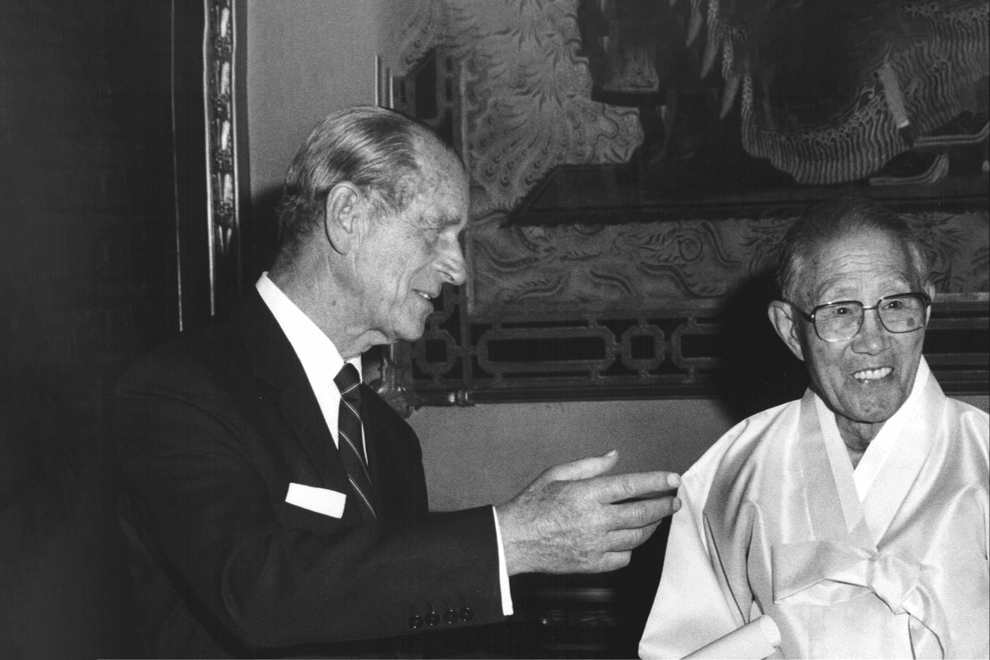 The Templeton Prize ceremony is held for the first time in the United States at the Rockefeller Memorial Chapel at the University of Chicago (Charles W. Colson, 1993).

The ceremony returns to the U.S. in later years, with events at The Field Museum in Chicago (Alvin Plantinga, 2017), Washington National Cathedral (Freeman Dyson, 2000 and King Abdullah II of Jordan, 2018) and in New York at the United Nations (Sir Sigmund Sternberg, 1998) and The Metropolitan Museum of Art (Marcelo Gleiser, 2019). 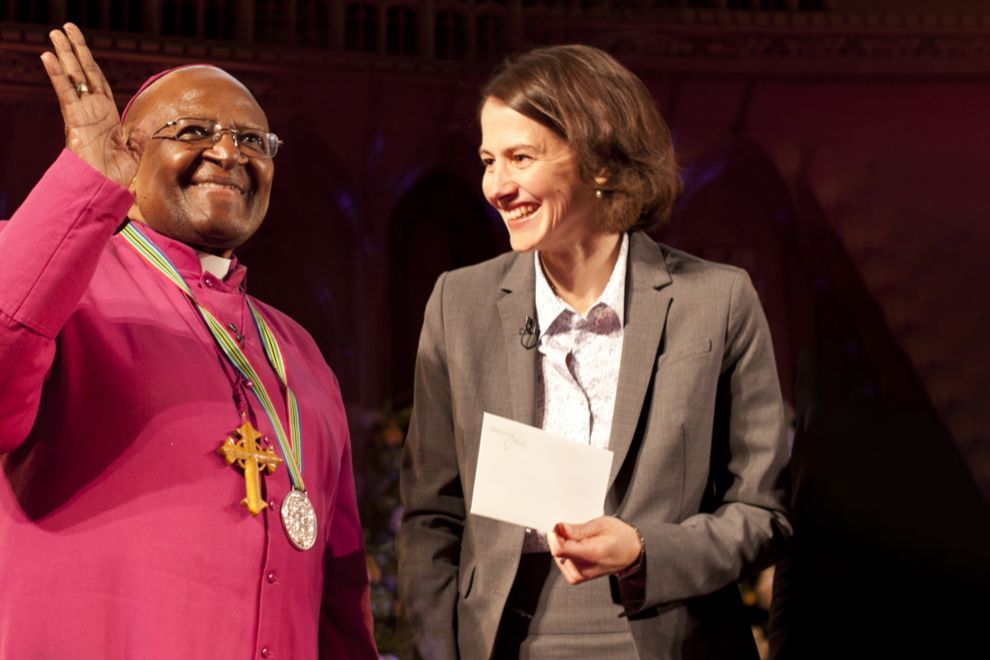 Renowned religious figures and leading scientists carry home the Templeton Prize as it looks ahead to a new era.

In later years, acclaimed religious leaders are recognized with the award. In 2012, the Dalai Lama receives the Prize at St. Paul’s Cathedral before an audience of over 2,000. His award appears on the front page of the Times (London). The following year, Archbishop Desmond Tutu becomes the second South African to win the award, with a celebration at St. George’s Cathedral in Cape Town and a ceremony at Guildhall. 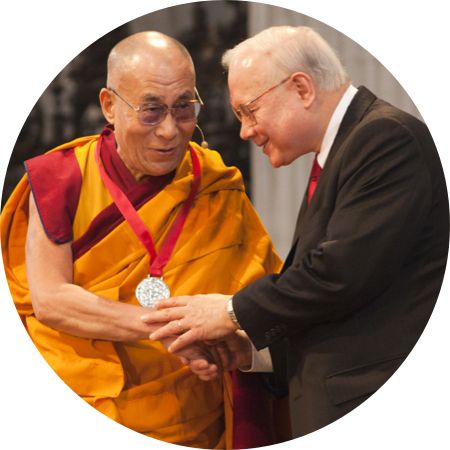 When I heard today your decision to give me this quite famous award, I really felt this is another sign of recognition about my little service to humanity, mainly, non- violence and unity around different religious traditions.

His Holiness the Dalai Lama

Learn About the Templeton Philanthropies.

The John Templeton Foundation funds research and catalyzes conversations that inspire people with awe and wonder.

The Templeton World Charity Foundation aims to provide scientific breakthroughs and practical tools relating to the search for meaning, purpose, and truth.

The Templeton Religion Trust aims to improve the well-being of individuals and societies through spiritual growth and an ever-improving understanding of spiritual realities and spiritual information.