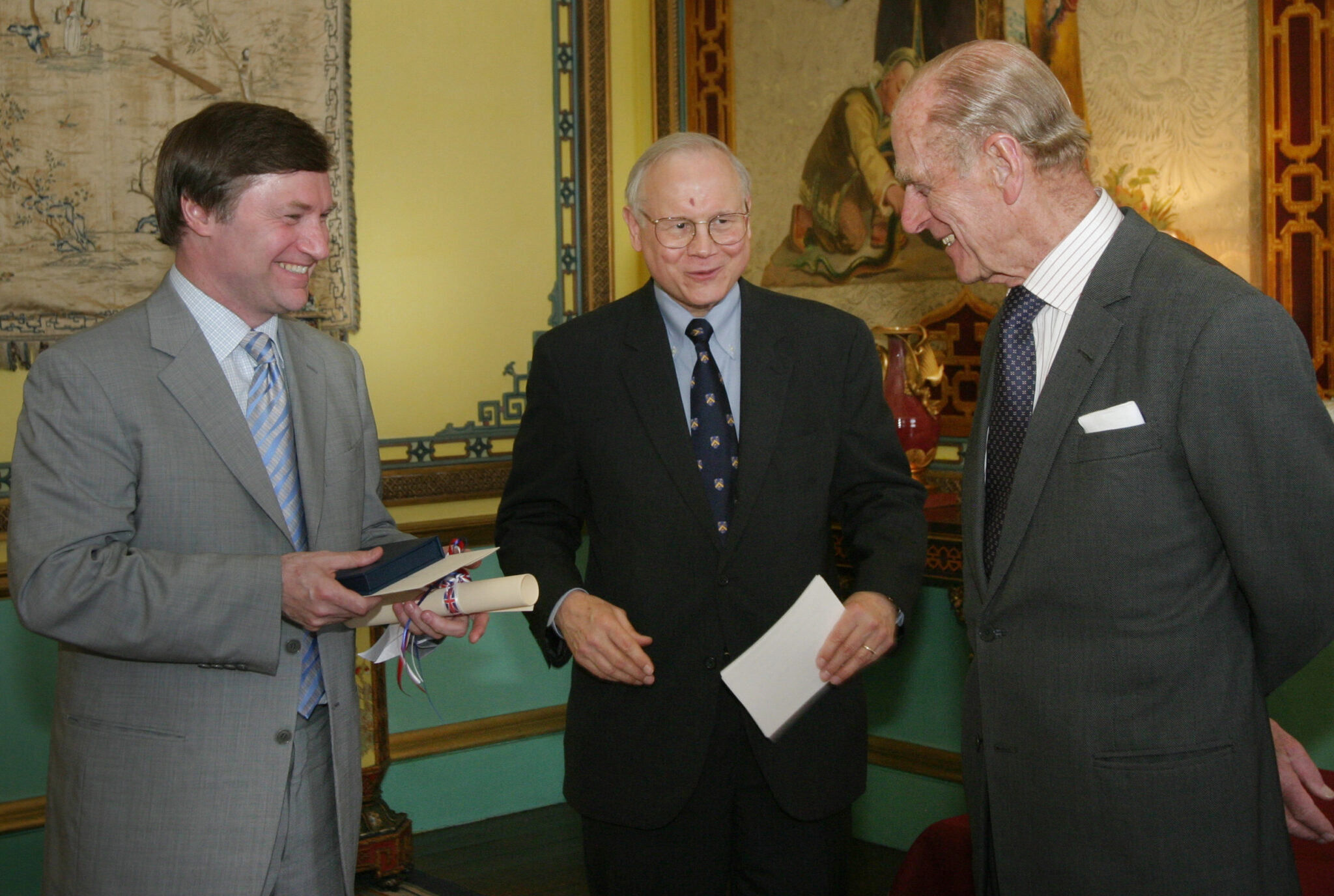 The Templeton Philanthropies mourn the passing of cosmologist, mathematician, and physicist John D. Barrow, the 2006 Templeton Prize Laureate.  He died on September 26 at his home in Cambridge, England at the age of 67 due to complications from cancer.

He received his DPhil in astrophysics from the University of Oxford in 1977, and first caught wide attention with his 1986 book, The Anthropic Cosmological Principle, co-authored with Frank J. Tipler.  He authored or co-authored more than 25 books, written in accessible, lively prose, which were translated into more than two dozen languages; wrote more than 550 scientific papers; and delivered numerous popular lectures and podcasts, which illuminated the understanding of the universe and cast the intrinsic limitations of scientific inquiry into sharp relief.  His writings also gave theologians and philosophers inescapable questions to consider when examining the very essence of belief, the nature of the universe, and humanity’s place in it.

“Astronomy has transformed the simple-minded, life-averse, meaningless universe of the skeptical philosophers.  It breathes new life into so many religious questions of ultimate concern and never-ending fascination,” said Barrow at the March 15, 2006 news conference at the Church Center for the United Nations in New York at which he was announced as the Prize Laureate.  “Many of the deepest and most engaging questions that we grapple with still about the nature of the universe have their origins in our purely religious quest for meaning.  The concept of a lawful universe with order that can be understood and relied upon emerged largely out of religious beliefs about the nature of God.”

Thomas Torrance, the 1978 Prize Laureate, wrote in his nomination of Barrow, “The hallmark of his work is a deep engagement with those aspects of the structure of the universe and its laws that make life possible and which shape the views that we take of that universe when we examine it.  The vast elaboration of that simple idea has led to a huge expansion of the breadth and depth of the dialogue between science and religion.”

Professor Barrow participated in many conferences and symposia sponsored by the John Templeton Foundation, such as “Singularities and the History of Efforts to Model the Origin of the Universe,” at the Royal Society in May 2008 in honor of that year’s Prize Laureate, physicist and Catholic priest Michael Heller.  He was also present along with six other previous Prize Laureates at the June 1, 2011 Buckingham Palace ceremony honoring that year’s Laureate, cosmologist and astrophysicist Sir Martin Rees, which marked the final year that HRH Prince Philip, Duke of Edinburgh, presented the Prize upon his retirement from most public duties.

Barrow’s books explored a huge range of subjects on the science and religion interface at a level that spoke to lay readers and specialists alike.  Topics included the nature and utility of mathematics (Pi in the Sky, 1992), the links between the universe and human aesthetic appreciation (The Artful Universe, 1995 and The Artful Universe Expanded, 2005), and how the universe is peculiarly characterized by what cannot be known about it (Impossibility: the limits of science and the science of limits, 1998).

In 1989, Professor Barrow delivered the Gifford Lectures at Glasgow University during the centennial year of the program, and, at the time, was the youngest Gifford Lecturer ever.

“While John’s notable achievements will be remembered for decades to come, he was also a good friend with a gracious spirit who could move easily between discussions about math and science to matters of religion and faith and detailed statistical analysis of soccer,” said Heather Templeton Dill, president of the John Templeton Foundation. “He was impressive across every domain of life, and we will miss him.”

The Templeton Philanthropies extend their condolences to Professor Barrow’s wife, Elizabeth, their three children and their families, and mourn the loss of one of the world’s great mathematical minds.