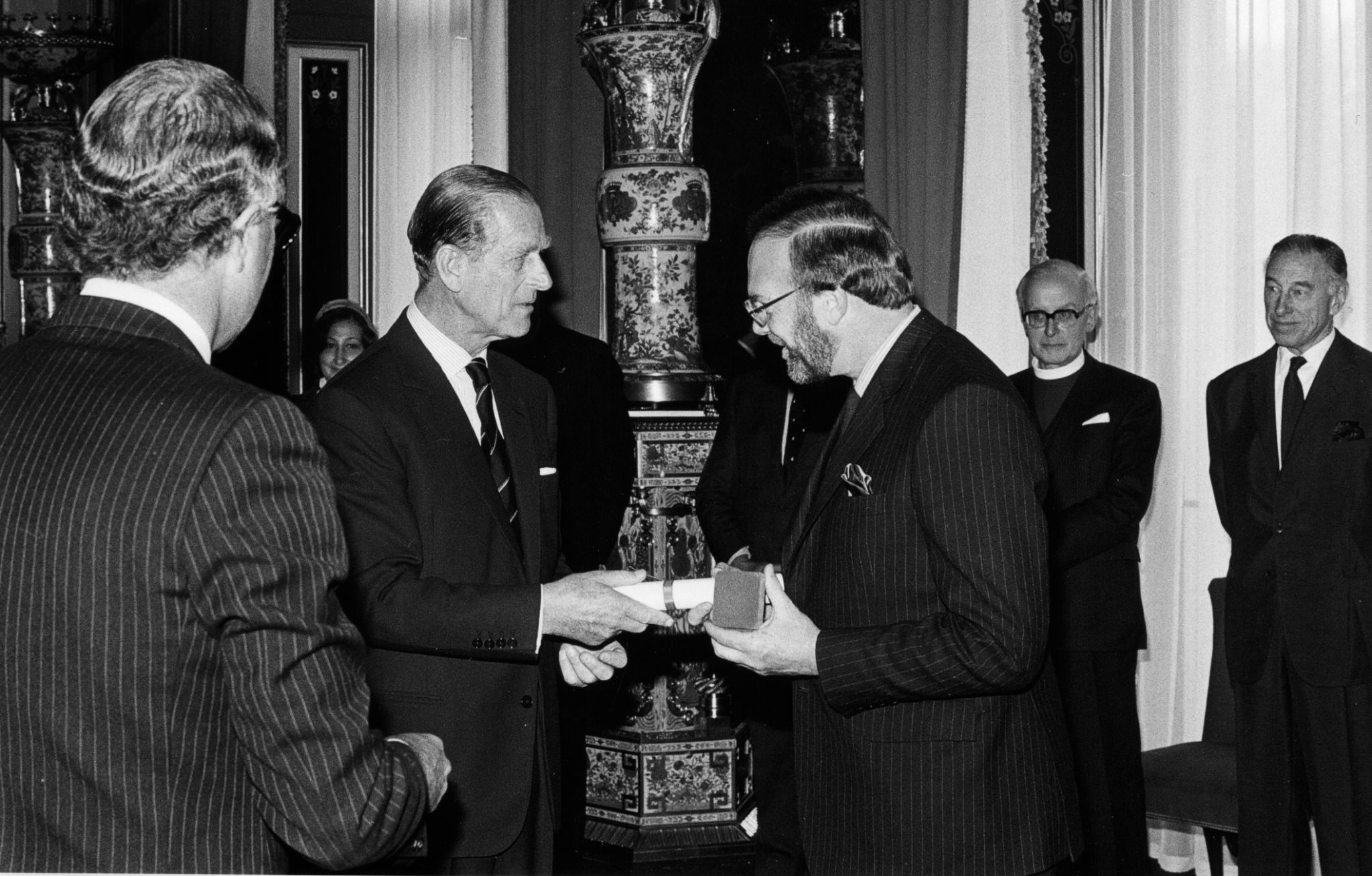 The John Templeton Foundation and the Templeton Philanthropies mourn the passing of the Reverend Canon Dr. Michael Bourdeaux, champion of religious liberty, founder of the Keston Institute in England, and winner of the 1984 Templeton Prize. He died peacefully in the early hours of March 29 at the age of 87.

An Anglican priest, Bourdeaux devoted his life to defending the rights of people persecuted for their religious beliefs, particularly in Eastern Europe.

He received the Templeton Prize in 1984 in recognition of his efforts to examine and explain the systematic destruction of religion in Iron Curtain nations during the Cold War and to defend the rights of people in these countries to worship as they chose. When the Soviet Union and the Eastern Bloc regimes collapsed, Bourdeaux’s efforts for universal religious freedom were widely embraced. Bourdeaux received the award from Prince Philip, Duke of Edinburgh, at a private ceremony in London’s historic Guild Hall on May 15, 1984.

“We may preach the Gospel: they live it,” Bourdeaux said in his Templeton Prize address. “We’ve lost our nerve in affluence; they’ve discovered it in persecution.”

“Wherever we look beneath the surface in a Communist country, there is evidence of great religious vitality. This is an act of the highest importance — for them but possibly even more for us. … In the very truest sense, the Templeton Prize has been awarded not to me nor to the College, but to believers under Communism. … The Prize goes especially to those who have sacrificed liberty — and some even life itself— for their faith. It is for them that I speak.”

In 1969, he founded Keston College for the Study of Religion and Communism in Kent, England. Now the Keston Institute, it has developed into one of the premier centers for collecting information on religious freedom in Communist and formerly Communist countries.

Bourdeaux participated in many Templeton Prize events in London over the years, and always showed interest in his fellow Laureates.

“We remember with gratitude his kindness and his humble enthusiasm for the Prize and the community of Prize winners to which he belonged,” says Heather Templeton Dill. “He was both an inspiring and an endearing figure to those who knew him.”

Born in Cornwall and educated at Oxford University, Bourdeaux went to Moscow in 1959 as part of the first wave of British exchange students to the Soviet Union. In 1960, he was ordained in the Anglican priesthood.

Bourdeaux’s funeral service on Monday, April 12 may be viewed on the YouTube channel of St. Mary’s Church, Iffley.